The Slavs were only one of several groups in early Russia. The original Slavs came from the Carpathian Mountain region in the southern part of Poland north of the Hungarian plain. Sometime in the fifth to seventh centuries AD, the original Slav group began to break up. Part went north and west where they eventually formed the west Slav linguistic group which includes the Poles and the Czechs and Slovaks. Others travelled south where they formed the south Slav linguistic group which includes the Serbs, Bulgarians, Croats and others. Still others moved east and formed the east Slav group. They include the Great Russians or Russians the Little Russians or Ukrainians and the Belorussians or White Russians.

--------------------------------------------------------------------------------
The Russian Primary Chronicle enumerates several tribes of Slavs present in the territory of modern Russia, (among them the Poliane, Severiane, Drevliane, Krivichi, Radimichi, Viatichi and so on), speaking a common Indo-European language, Old Russian. These were the East Slavs, so called to distinguish them from Western and Southern Slavs who later formed the ethnic basis for Central and Southeastern European Slavic nationalities (such as the Poles, Czechs, Slovaks, Bulgarians, Croatians, Serbs, Macedonians, and so on). By the end of the first millenium, the East Slavs had established a forest dwelling, agricultural economy based on grains, livestock and handicrafts. Primitive clan organization had given way to communal villages, and personal property had by this time emerged as the basis of family wealth: a society divided into social classes had developed. Pagan religious cults varied from tribe to tribe, but common features were worship of a god of thunder, Perun, who ruled over all other gods, and lesser dieties tied to the woods, water and fields. Ancestor-worship, and reverence for fertility (cults of the Procreator, the Woman in Childbirth) were even older and vestiges of these survived. 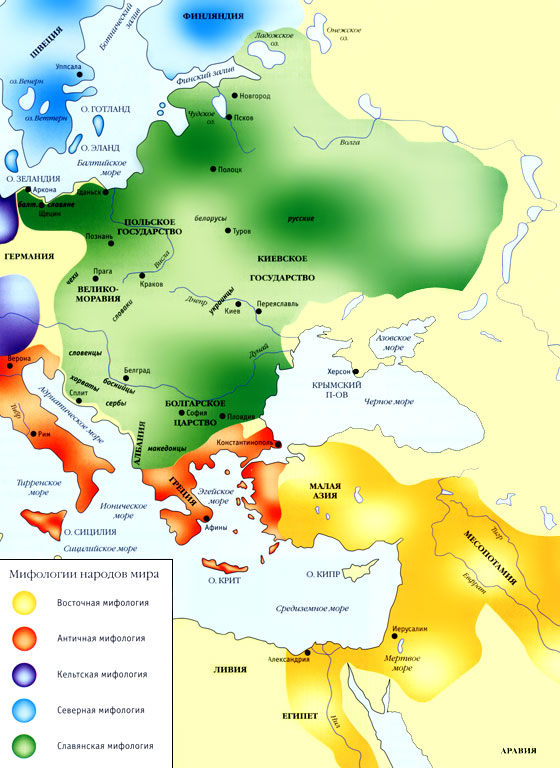 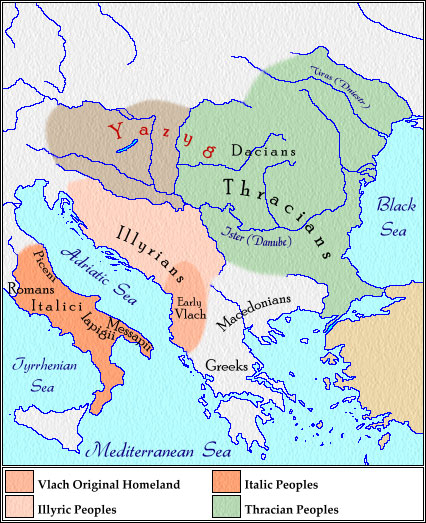 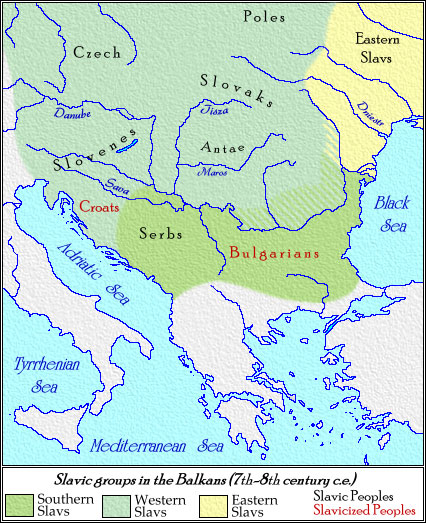